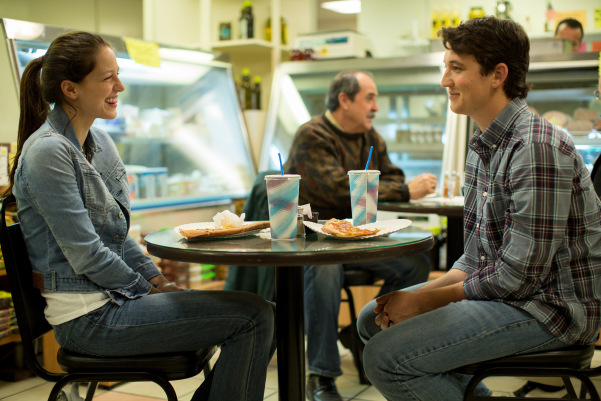 A Shit Test appears in the movie Whiplash, in which an aspiring drummer struggles to put his art before his relationships.

He asks a girl out and has this exchange with her on the first date:

It falls in the category of “Physical Shit Test,” in which a woman tests a guys attraction to her, even with her flaws.

NICOLE: My parents like to criticize me too. When I was growing up my mom told me my chin was too big and that that’s why guys wouldn’t like me. ‘Cause my dad had cursed me with a big chin. [That’s a strange thing to reveal on a first date, but of course, she was fishing for reassurance that she’s pretty and attractive. She can’t say that she needs such reassurance outright, so she masks it in a humorous anecdote.]

Andrew laughs. [This is a simple, appropriate response to the Shit Test.]

NICOLE: She keeps asking me if I have a boyfriend yet, and then blames it on the chin. [She is testing if he’d be intimidated by the chin while suggesting she may want a boyfriend.]

ANDREW: She sounds insane. [Simple response that assures her without being overlay fawning.]

NICOLE: She wanted to be an actress when she was my age.

ANDREW: And you? What do you do?

NICOLE: Other than serving you popcorn?

ANDREW: What do you want to do with your life? [It’s a question that shows he’s more interested than just physical appearance.]

Read Survival of the Shittest for more cinematic Shit Tests.